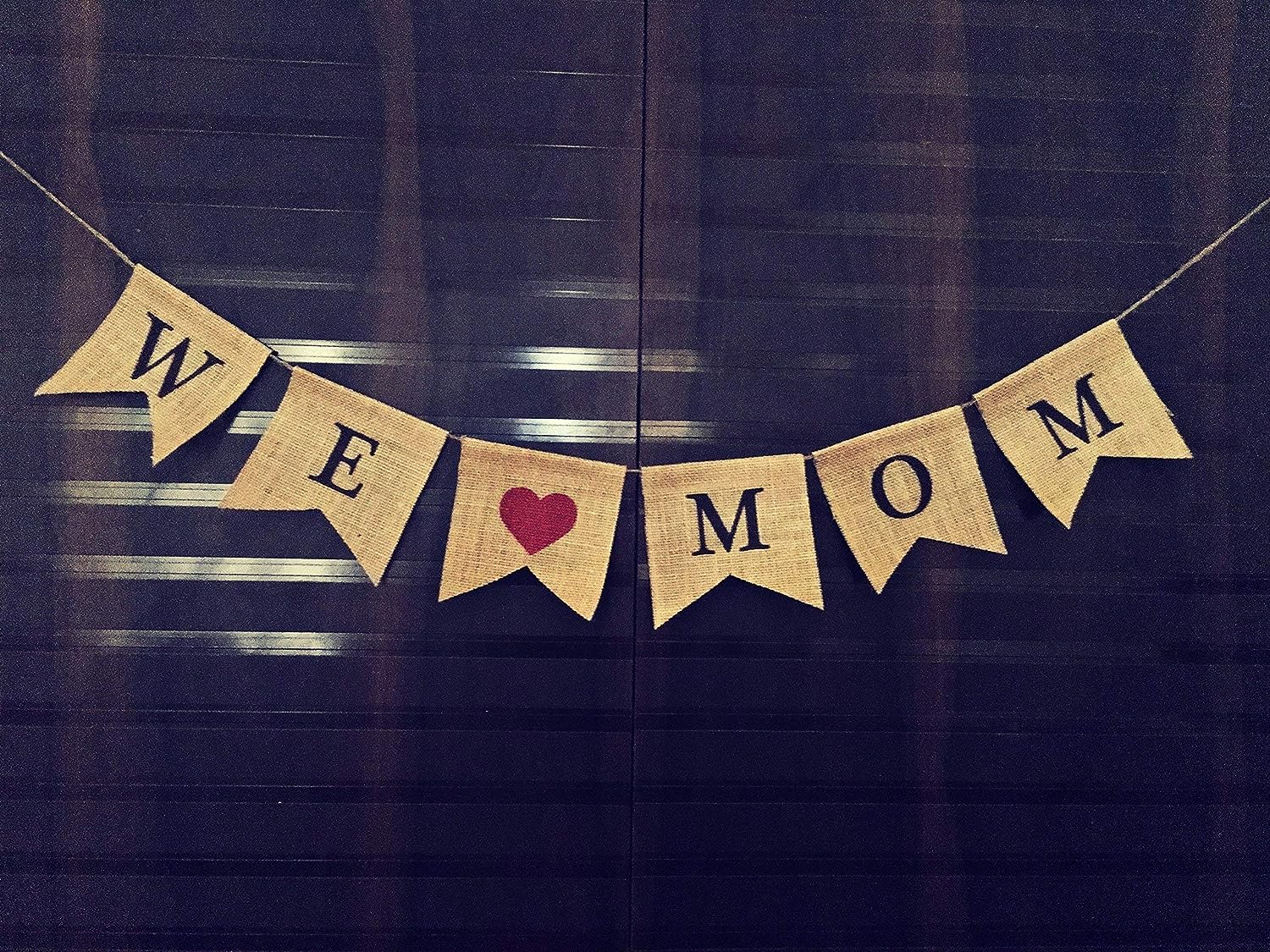 Our "We love Mom" Banner made of natural Jute are great for home/party decor/rustic decor on the occasion of mother's day. Make your mom day special and memorable with these lovely handmade flags banner "br""br""b"----Specifications----

"li" Banner Words â We Heart Sign Mom "li" Flag size - 4â x 4.25â (inches) approximately . "li" Flag no. of pieces : 6. "li"Materials Used: Authentic Burlap with laminated back amp; water based color. "li"Easy to Hang - The banner comes attached with long jute twine string and can be tied up in minutes to any place of choice. "li" Artwork is custom made. Please allow 1-3 business days for it to ship. "br""br""b"----Ordering Process---- "ul" "li"Provide all the details required to complete your order in "Select Options". "li" custom details can be included into note to seller option. "li"Please re-validate the details. "li"Click Add to Cart and complete the order process. "br""b"----Shipping and Delivery Timeline---- "ul" "li"Your order will be ready to ship in just 1-2 business days. "li" Standard shipping delivery timeline is 2-4 weeks . "li"For faster shipping kindly opt for FedEx Shipping while placing your order. Via FedEx delivery the package will be delivered with in 4-5 business day. "li"Do not get confused with the "item ready to ship" time and item shipping/delivery time. "li"Item ready to ship: is the time which we need to prepare your order. "li" shipping/delivery time: is the time when you will receive the delivery of your order. SKU_E